If You Liked Knight Rider Classic 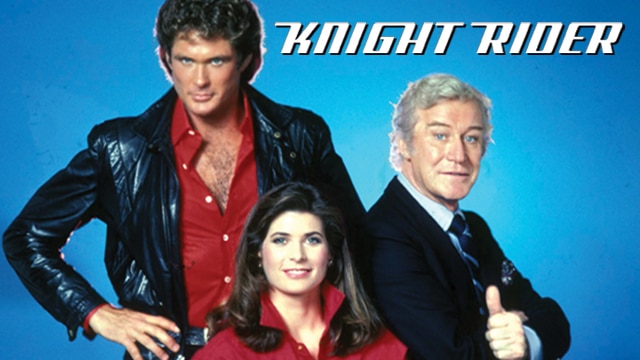 David Hasselhoff ("Baywatch," "Dodgeball: A True Underdog Story") stars as Michael Knight in his breakout role as a crime fighter who awakens from a serious injury with a new identity. In the series premiere, Las Vegas police detective Michael Arthur Long is shot in the face and left for dead before being rescued by dying millionaire Wilton Knight (Richard Basehart, "Voyage to the Bottom of the Sea"), the chairman of Knight Industries and creator of the public justice organization, the Foundation for Law and Government (FLAG). Wilton makes Michael the primary agent for FLAG, giving him a new identity via plastic surgery and the name Michael Knight, plus an arsenal of equipment to continue his crime-fighting work. Principle among this equipment is the Knight Industries Two Thousand, or KITT (voiced by William Daniels, "St. Elsewhere," "Boy Meets World"), a heavily modified and artificially intelligent Pontiac Firebird Trans Am with the ability to talk, fire weapons and travel at high speed. Michael and KITT work together to take down criminals who operate above the law. They are helped in their work by FLAG's leader, Devon Miles (Edward Mulhare, "The Ghost and Mrs. Muir"), who provides mission details, and by Dr. Bonnie Barstow (Patricia McPherson), KITT's chief technician.

Created by Glen A. Larson ("Battlestar Galactica," "The Fall Guy," "Magnum, P.I."), "Knight Rider" became an instant hit. The show aired on NBC for four seasons, from 1982 to 1986, and created a spin-off ("Team Knight Rider") and a reboot in 2008. The reboot also aired on NBC and ran for one season; it picked up 25 years after the original series, this time following the adventures of Mike Traceur (Justin Bruening, "All My Children"), the estranged son of Michael Knight, and the next generation KITT.