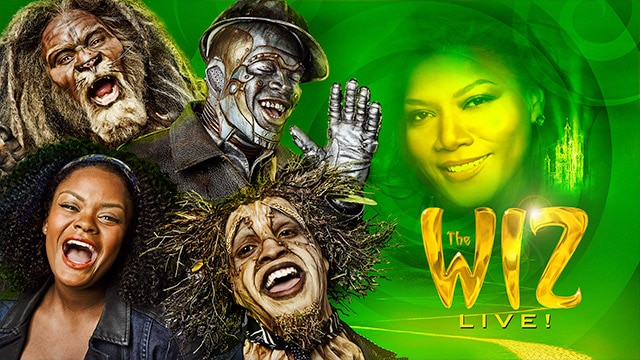 NBC embarks on its latest musical holiday tradition: a three-hour LIVE event production of the groundbreaking Broadway show that brought Oz to life in a funky sing-along journey down the yellow brick road.

NBC's The Wiz Live! Offers an Inclusive Viewing Experience for People Who are Blind or Visually Impaired

On December 3 at 8:00 p.m. ET, NBC aired The Wiz Live! For the first time in U.S. network television history, a live entertainment program was accessible to viewers with visual disabilities with audio video description - narration that describes what's happening on the screen.

The described broadcast of The Wiz Live! was a pilot program available in every local NBC market where SAP (Second Audio Program) audio feeds were available. NBC partnered with Descriptive Video Works - an industry leader in the delivery of quality described video and audio description for people with a visual disability - to provide this accessible service.

Video Description: Hear the Action
Video description refers to a special audio track that includes a narrator describing key visual elements of the show or movie you're watching.

For example, during the natural pauses in the show's dialogue, the narrator describes key visuals like actions, facial expressions, scene changes and even on-screen text and graphics.

How Do I Turn Video Description On?
You can enable video description using the Secondary Audio Program (SAP) or Multichannel Television Sound (MTS) feature on your TV or set-top box. Check your TV owner's manual or contact your video provider for instructions on how to turn video description on.