What Is Social Puppeteering?

Social Puppeteering is a psychologically damaging form of mental harassment in which a victim's (or "Puppet's") perception of reality is deliberately distorted by a "Puppeteer", often in outrageous or unbelievable ways for his or her own private amusement. The "Puppeteer" will rarely reveal him or herself to the Puppet, forcing the Puppet to work out on their own what has just happened. Often the "Puppet Shows," as they're called, can go on for months or even years. One former Social Puppeteer referred to the practice as "the bonsai tree of messing with someone."

How Can I Spot Social Puppeteering?

There are a few clues that can help identify if you or a friend have become victims of Social Puppeteering.

These are some common signs that a Social Puppeteer may be targeting you or a loved one.

Is Social Puppeteering A Widespread Problem?

Unfortunately, yes. Isolated incidents of Social Puppeteering have likely existed for thousands of years but the Internet has given Social Puppeteering a name and a home. Forums and message boards such as "Reality Architect" and "Mind Driver" are popular destinations for Social Puppeteers to swap tips and stories, all while spreading this deceptive, dangerous "hobby."

A Word About Coloring Book Theory

Social Puppeteering is based on a psychological concept known as "Coloring Book Theory." In its simplest term, the theory refers to the act of creating a framework that could be completed any number of ways. In Social Puppeteering, this concept is put into action when a Puppeteer creates a situation that is deliberately vague and then allows the Puppet to "fill in the blanks," thereby creating a feeling of ownership of their new, distorted reality Puppet. The Puppet's imagination will color in the lines in whichever way makes the most sense to him or her. For instance, when someone is "White House’d," they receive a letter informing them that the President will be coming to pick them up and bring them to the White House. Without any further details, the Puppet will often manufacture a reason that they have been singled out by the President, and in the process, convince themselves that being invited to the White House makes perfect sense.

These examples were provided by ex-Social Puppeteers who now work to stop its spread. 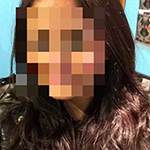 "A family lived down the road. Two kids, dog, all around normal. Each Christmas Eve, I would sneak into their house and leave beautifully wrapped presents under the tree with cards saying "From Santa." Kids didn't think anything was weird but the parents were flipped. "Uhh, is Santa real? Who is leaving these presents." This happens for three Christmases straight. Christmas No. 4 I start getting the parents presents, too. They start thinking, "Santa wasn't giving us anything because we didn't believe in him. But now that we do, Santa is giving us gifts, too." Christmas No. 6 the parents stopped buying presents altogether. I mean, why buy presents if Santa brings them, right? Well, Christmas No. 7, I didn't bring any presents at all. I showed up early that Christmas morning and watched the parents arguing with each other through the window. They're going, "You were naughty, that's why we didn't get anything!" "Me? You were naughty!" I mean, these were people in their early 40's blaming each other for angering Santa. 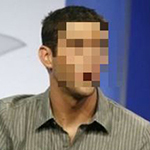 I find this couple who is new in town and I managed to get my hands on the exact same car they drive. That was step one. The entire thing doesn't work without that. Next, I rent out a restaurant in town that's a few miles out in the sticks and, most importantly, is on a lake. I send them a note from the "town welcome committee" - which is definitely not a thing - and it says, "Welcome to our town! Come meet your new neighbors at a complementary wine and cheese reception." They're thinking this is gonna be a great opportunity to make some friends! So they head out on the appointed day, but on the way to the restaurant they come across a horrific car accident: it looks like someone with their exact same car has driven into the lake! I had hired a few actors to portray EMTs and cops to direct traffic around the "accident." They probably were a little upset but, hey, they've got friends to make so they continue on their way. Well, when they get to the party, everyone there - all actors I've hired - completely ignore them. Not just ignore them, they treat them like they aren't even there. They don't look at them, they look through them. They don't talk to them; they talk past them. No matter what this couple tries to do - talk to people, order a drink, shake someone's hand - every single person there utterly ignores them. And if they do manage to touch someone's arm or even bump into them, the person acts like they have an itch. Forty minutes into the party, this couple started wondering if maybe that was their car in the lake and they never actually made it to the party. Maybe they were actually ghosts. 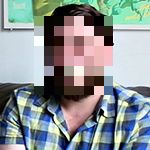 "Simple, but effective. I paid 45 people to come up to this one guy over the course of a week and say, "Excuse me, are you okay?" When he goes, "Yeah, I'm fine," they act all amazed and say things like, "Damn, if my foot looked like that, I definitely wouldn't be walking." By the end of the week, the guy had convinced himself that he had sustained some gruesome leg injury and he was "so tough" that he mentally was blocking himself from even seeing it! Coloring Book Theory, man. It works.

Unfortunately, there isn't much to do besides remaining calm and not trusting anything you see around you that seems fantastical, magical or impossible.

I Have Become Addicted To Social Puppeteering - What Can I Do?

Get help at the link below. Social Puppeteering is an addiction and it will ruin your life, your relationships and your wallet.

Do your part to stop Social Puppeteering. Click here to see how.