30 Rock
WATCH VIDEO
Back to Character 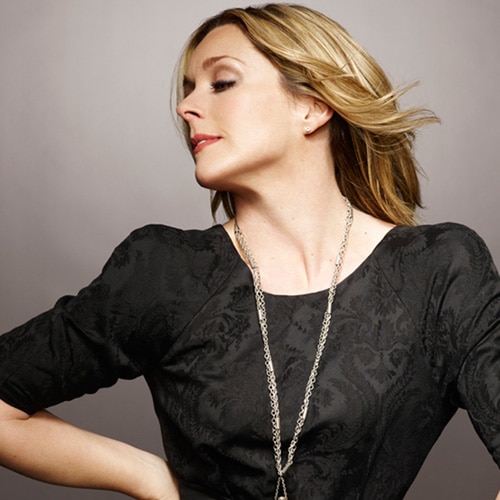 Jane Krakowski stars as Jenna Maroney, the star of "The Girlie Show," in NBC's two-time Emmy Award-winning "30 Rock," a workplace comedy where the workplace exists behind-the-scenes of a live variety show.

Krakowski, along with the "30 Rock" cast, was nominated for a 2008 Screen Actors Guild Award for Outstanding Performance by an Ensemble in a Comedy Series.

The New Jersey-born Krakowski is an accomplished actress, dancer and singer with numerous awards and credits to her name from film, theatre and television. For her stunning and sultry portrayal of "Carla" in Broadway's "Nine" opposite Antonio Banderas, she won Tony, Drama Desk and Outer Critics awards. She won an Olivier Award while starring in "Guys and Dolls" with Ewan McGregor on the West End. Krakowski held other acclaimed roles in Broadway productions of "Grand Hotel," "Company," "Once Upon A Mattress," "Tartuffe" and "Starlight Express."

During her five-year stint on the Emmy, Golden Globe and SAG award-winning series "Ally McBeal," she received a Golden Globe nomination for her portrayal of "Elaine Vassal." Other credits include television appearances on NBC's "Law & Order: Special Victims Unit" and "Everwood."

Making her film debut as "Cousin Vickie" in "National Lampoon's Vacation" with Chevy Chase, Krakowski has also starred alongside Jude Law in "Alfie," the remake of the famous 1966 film, and in "Pretty Persuasion" with Evan Rachel Wood and James Woods. In addition to lending her voice to the Sony animated film "Open Season," she co-starred, opposite Abigail Breslin, in the family film "Kit Kittredge: All American Girl," produced by Julia Roberts.

During her 2008 hiatus from "30 Rock," Krakowski starred in Encores' revival of "Damn Yankees" opposite Sean Hayes. She can also be seen in the upcoming NBC Christmas Special, "Muppets: Letters to Santa," as well as the Universal feature, "Cirque du Freak," from director Paul Weitz.

In addition to singing on several original Broadway cast recordings and the "Ally McBeal" Christmas episode compilation CDs, Krakowski recorded the hit single track "You" with Jim Brickman on his recent album "Lovesongs and Lullabies."